Team Griffin presents to you, Prismav!

Setting up an avalanche net or scaffolding, building a powerline or doing repair work in a powerplant still requires human work. Oftentimes, this work is dangerous or in a remote place. Thus, numerous safety precautions are necessary and usually big machines such as cranes first have to be set up before work can begin. In addition, materials often need to be transported by helicopter. As a result, this type of work is slow and expensive.

We at Griffin believe that drones are the perfect solution to making this work safer, more efficient and cheaper. The problem with drone technology so far is that drones aren’t yet capable of interacting with their environment precisely and reliably. Obviously, the aforementioned applications require utmost reliability and precision because zero mistakes can be tolerated.

With our focus project we aim to push aerial manipulation to new heights. That is, we want to showcase the ability of drones to pick up and place objects in any orientation. While simultaneously exerting a force or torque our drone will not only be able to transport objects but more importantly also be able to interact with its surroundings. By transforming a drone from a simple flying vehicle into a flying manipulator it won’t be necessary for humans to carry out dangerous construction works anymore. 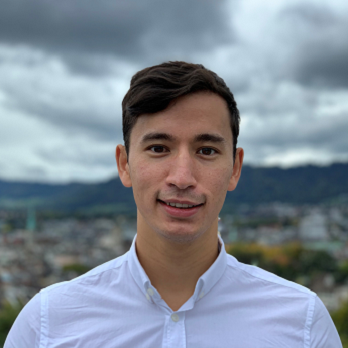 Franz Bühlmann joined the Focusproject Team “Griffin” as a Mechanical Engineer. Together in a team of eight, a state-of-the-art aerial manipulator was developed.