The Autonomous River Cleanup project (ARC) is a student-led initiative at ETH Zurich Our team consists of volunteers, bachelor’s,  and master’s thesis students. The scientific work is supervised by experienced Ph.D. students and professors at ETH Zurich. Our mission is to use technology, robotics, and automation, to maximize the impact of plastic removal from rivers. We are developing a system that is able to reduce river-bound plastic waste significantly, acting as a viable solution to the worldwide plastic pollution epidemic. The project is supported by the several labs at ETH and industrial partners in Europe.

During the summer from June till August 2021 we tested some of our developed components in the Limmat, Zürich. The developed system consists out of three main steps: At the beginning, we accumulate the river waste by using bubble barriers, hydrofoils and floating booms. After the accumulation, it is easier to collect the in one stream accumulated trash with our vessel system. In the third step, we are sorting the waste by using machine learning. Our system is design to not harm in the environment and give all the organic waste back to the river. 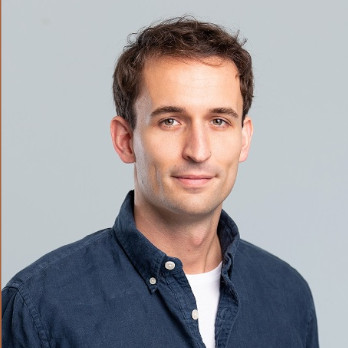 Hendrik Kolvenbach joined the project ARC in 2019 during his doctoral studies in robotics. Together with his team, he is developing technologies to make river cleanup efficient and profitable. His focus lies on the system design and evaluation of potential business cases.